Have you ever wondered how Celebrities have short hair one minute to beautiful long locks the next? The answer = HAIR EXTENSIONS. I had a pretty bad hair mistake and decided to cut all my pretty long hair off (because I wanted change in my life) only to regret it a week later.

Truthfully, after looking into extensions, I was convinced that I would never get them.

Have you seen the horror stories of girls who get scalp infections from tight extension, wefts that ruin your hair, that you can’t really shampoo so it smells all the time? (Google it, it’s ugly.) I did my research only to be horrified of the unattractive cons of hair extensions.

To my luck, Ashley, Stylist and Owner of Salon Mystique Hair & Beauty in Buena Park had flown all the way to Korea just to learn a new method of hair extensions. The Braid technique. This technique is almost unheard of in the United States and still new in Asia. Popular K-Pop & J-pop celebrities use this type of extensions. I hear CL from 2NE1 only gets her extensions in this method. After Ashley mentioned that she had just flown back and had a new technique I pretty much ran to her salon crying for her to fix my choppy short hair.

Here’s my experience (with pictures). It took about 2 hours to braid in all the hair extensions. They are braided in one by one by hand by the stylist. After the braiding we moved onto color which took about 45 minutes.

For the final touch we decided for a hot pink ombre. The extensions quality that she used were (sadly to say) better than the quality of my own real hair. Ashley used real human hair extensions that she purchased from Korea. These extensions felt like my own head of strands. You can curl them, crimp them, straighten them with any heating iron. As well as shower, condition, blow dry, and brush through them with no problem. They lasted me about 3 months until the braids got too long from my hair growing out, so I went in for a re-touchup. (This is when they take out the braids and then re-braid the same extensions back into your hair but closer to the scalp.) And after that I had them on for another 3 months till I finally felt like my hair was long enough for me to take them out. So basically they last about 3 months in your hair at a time, but you can use the same extensions so the cost is much cheaper for the retouch.

These extensions are probably the closest thing you can get to having “real” hair that feel like your real hair. I’ve tried clip ons and ponytail clips only for them to pull and tug at my hair though out the day and cause me much aggravation. So if you’re a case in need, looking for extensions but not knowing which kind to get, I highly recommend this braid technique. Hope that helped! 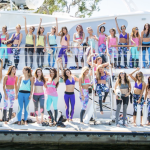 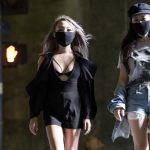 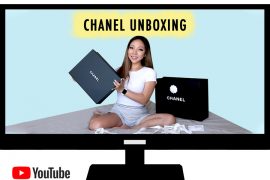 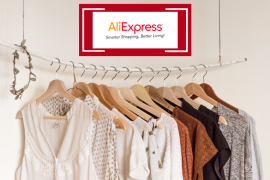 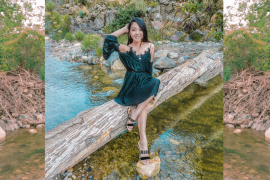